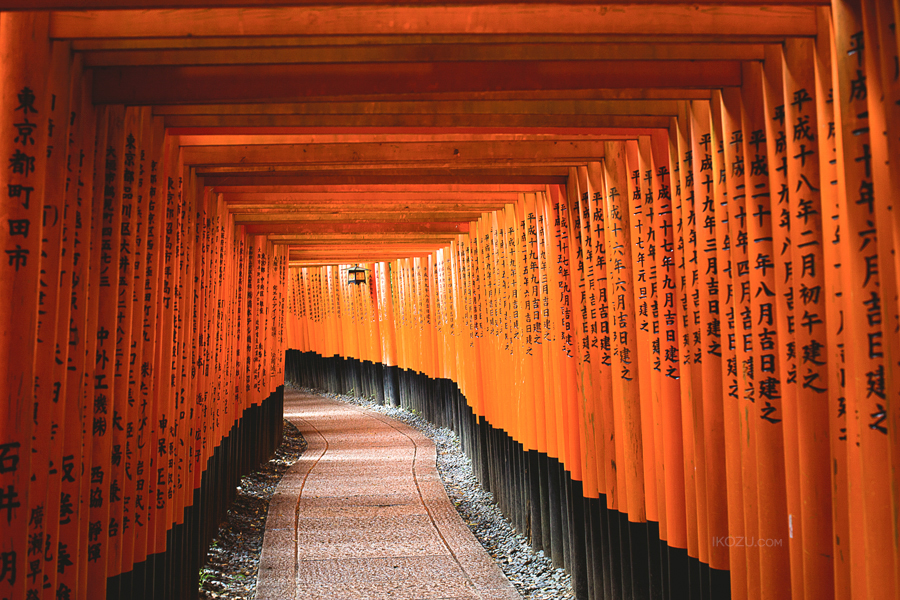 Fushimi Inari Taisha (伏見稲荷大社), Kyoto, Japan. Located in the southeastern part of Kyoto, Fushimi Inari Grand Shrine is the mother shrine of the rice and business harvests. Since early Japan, the deity Inari was seen as the patron of business, and merchants and manufacturers have traditionally worshipped Inari. The inner shrine is reachable by a path lined with thousands of torii (the orange gates). Each of the torii at Fushimi Inari Taisha is donated by a Japanese business. 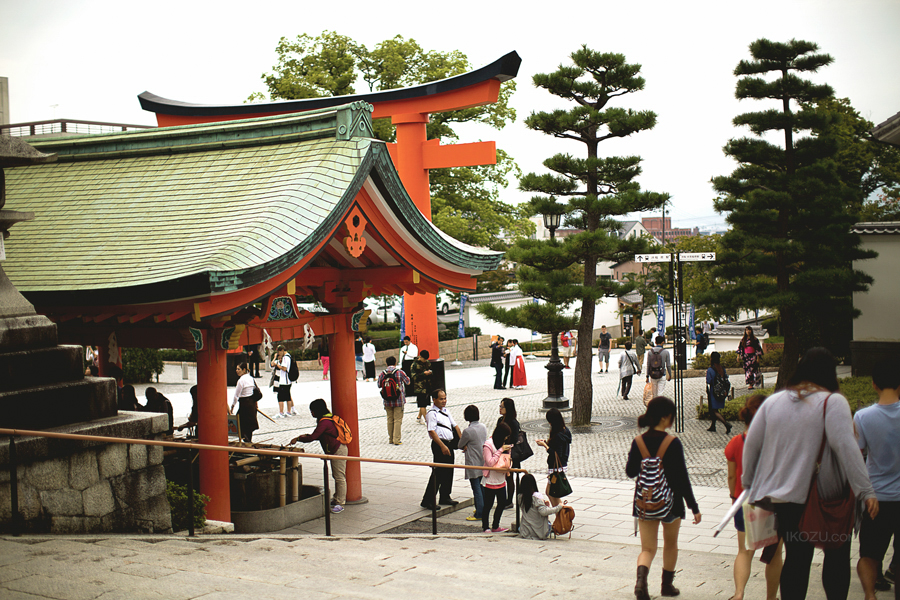 Like other major shrines in Kyoto, visitors toss a coin into the coffer, ring the bell, say a prayer and leave. But for the truly devoted and superstitious, visiting Fushimi means walking up the mountain and praying (and paying with coins or through buying a candle or a miniature shrine torii) at every shrine along the way. This takes about 1 1/2 to 2 hours depending on the length of one’s prayers and it is possible to spend much more time if tea breaks are taken into account. 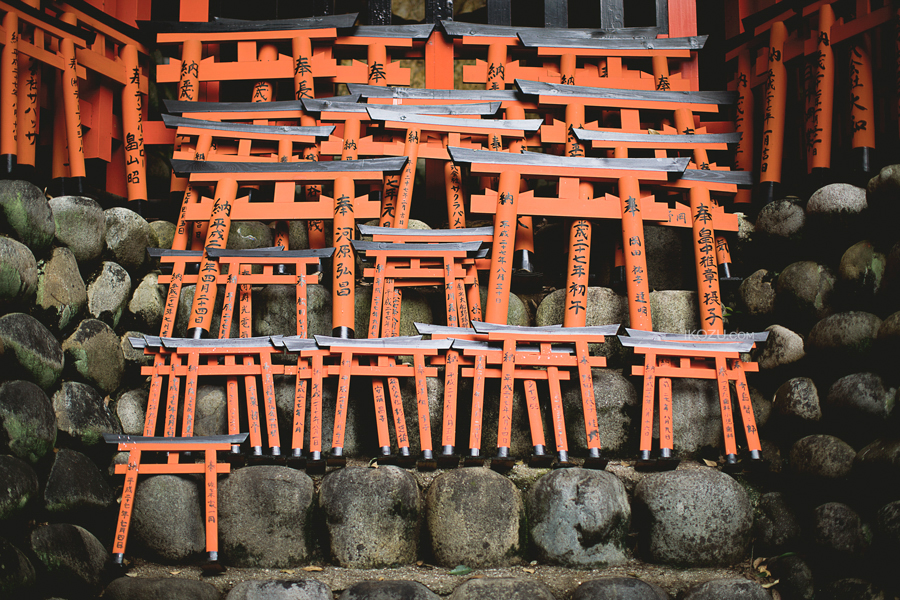 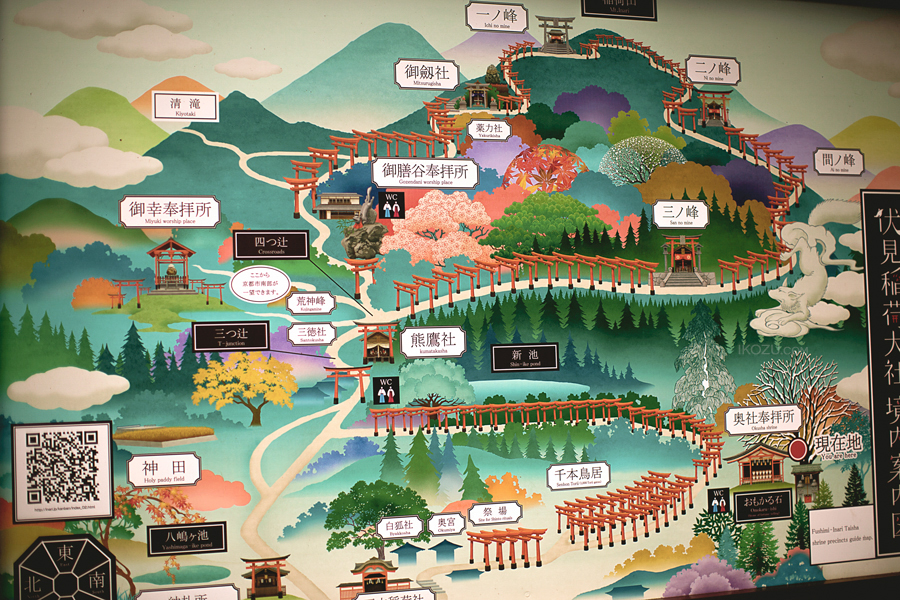 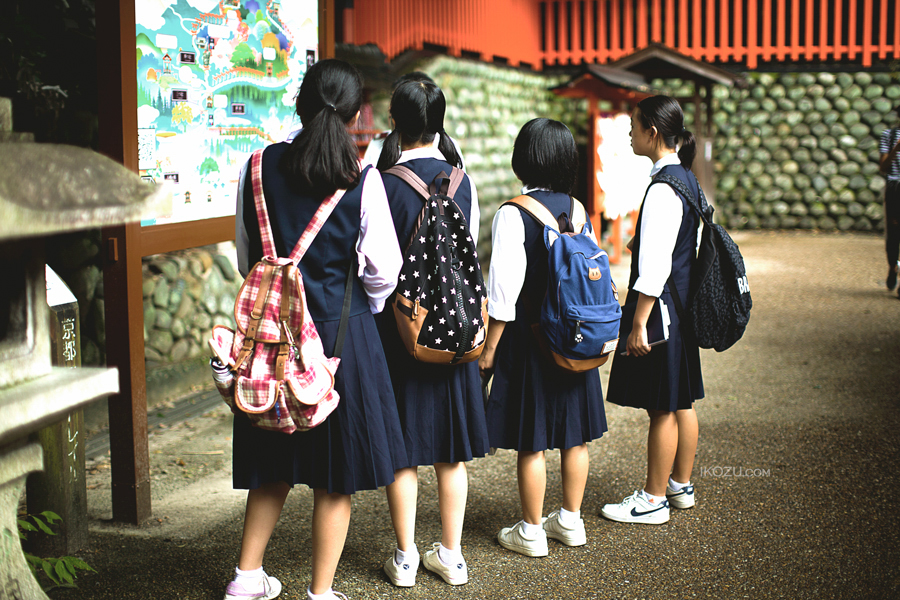 Visitors can make a wish and then must lift up the small rounded stone on top of the stone lantern. If the stone feels lighter than expected, then their wish will come true. (The stone is very heavy for it’s size, so everyone struggles to lift it up and turns laughing to their friends). 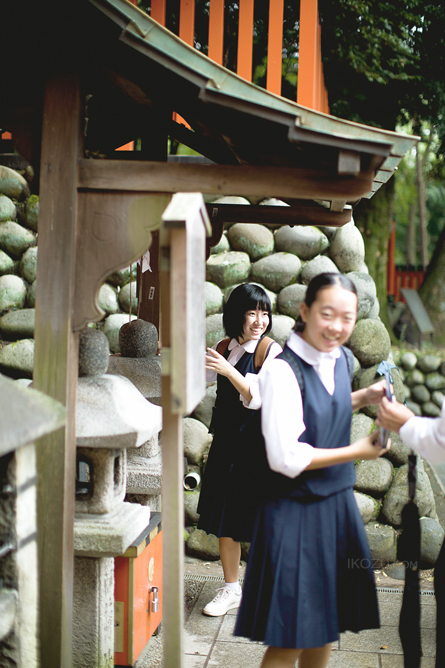 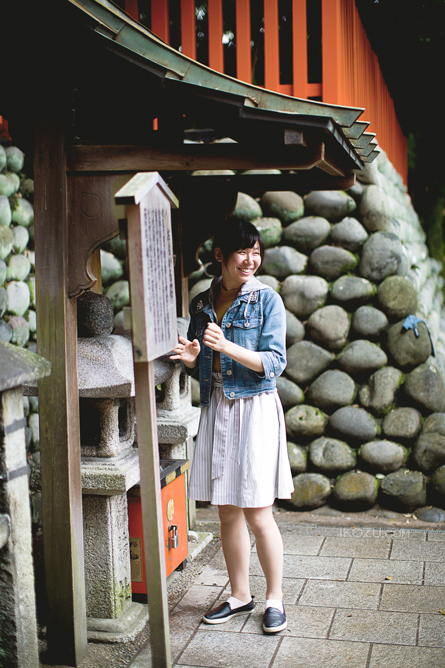 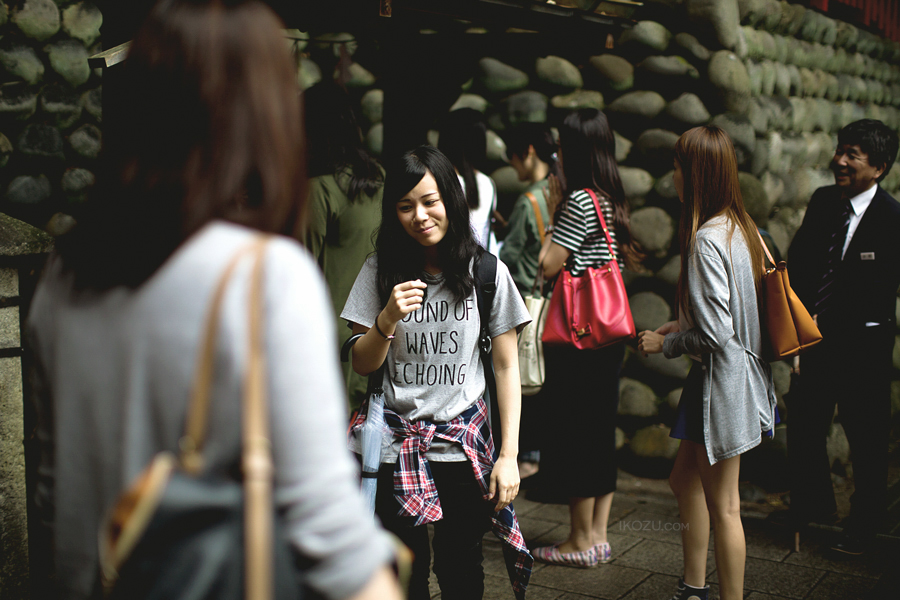 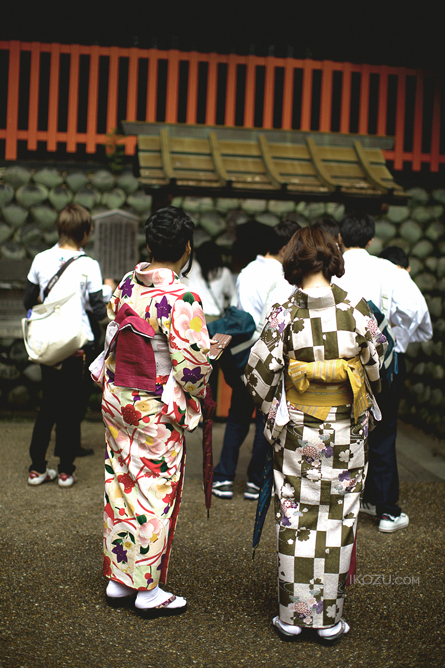 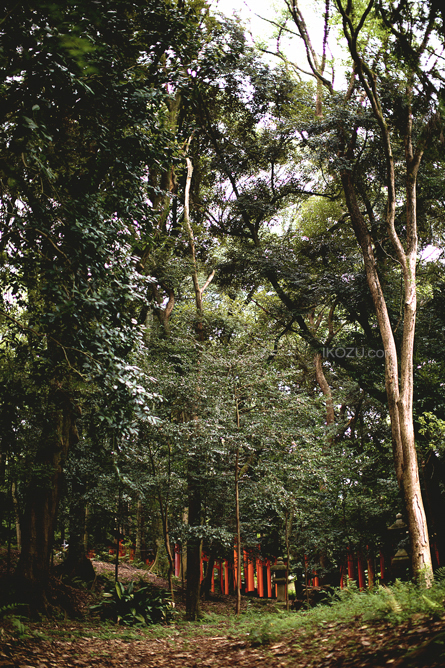 O-mikuji are random fortunes written on strips of paper. Literally “sacred lot”, these are usually received by making a small offering (generally a five-yen coin as it is considered good luck) and randomly choosing one from a box, hoping for the resulting fortune to be good. If the prediction is bad, it is a custom to fold up the strip of paper and attach it to a wall of metal wires alongside other bad fortunes in the temple or shrine grounds, to keep the bad luck there. 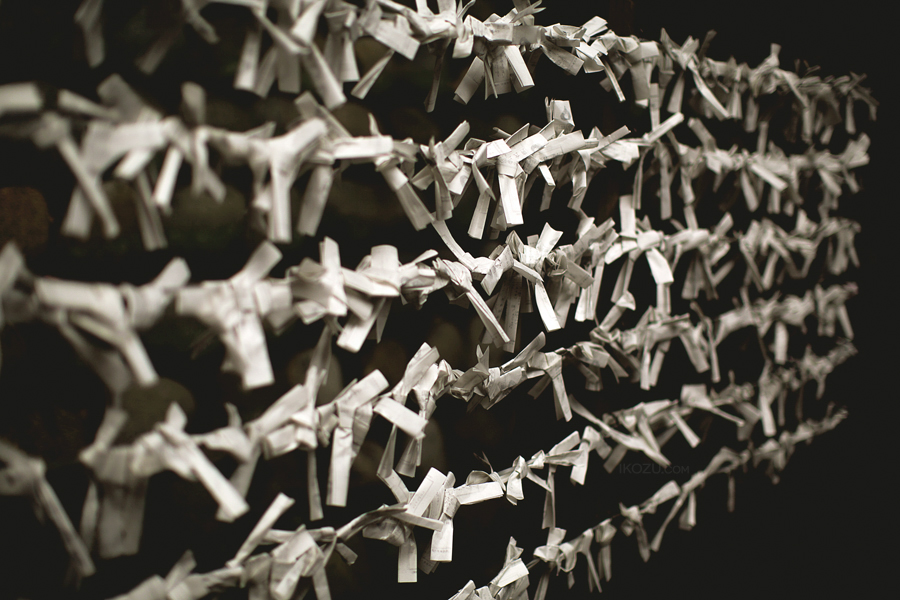 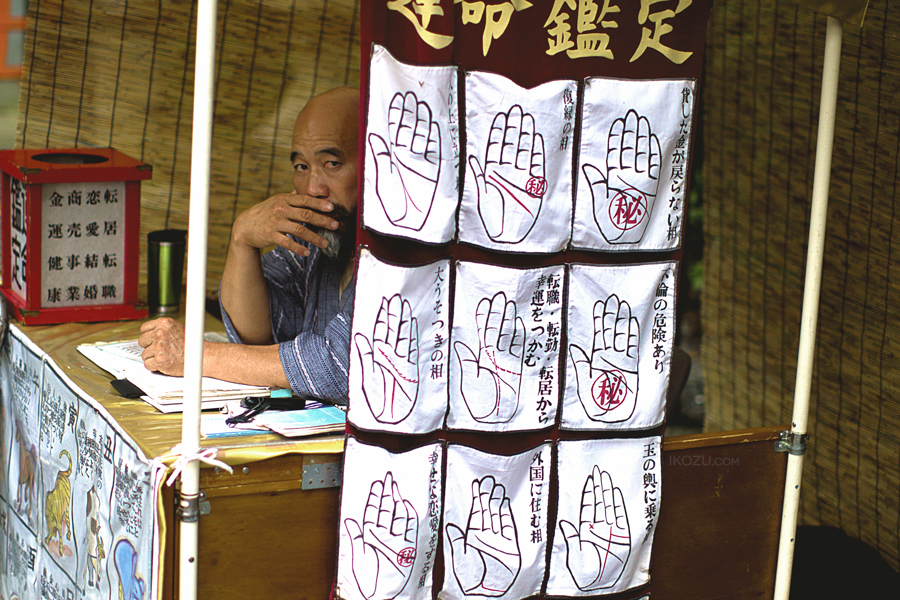 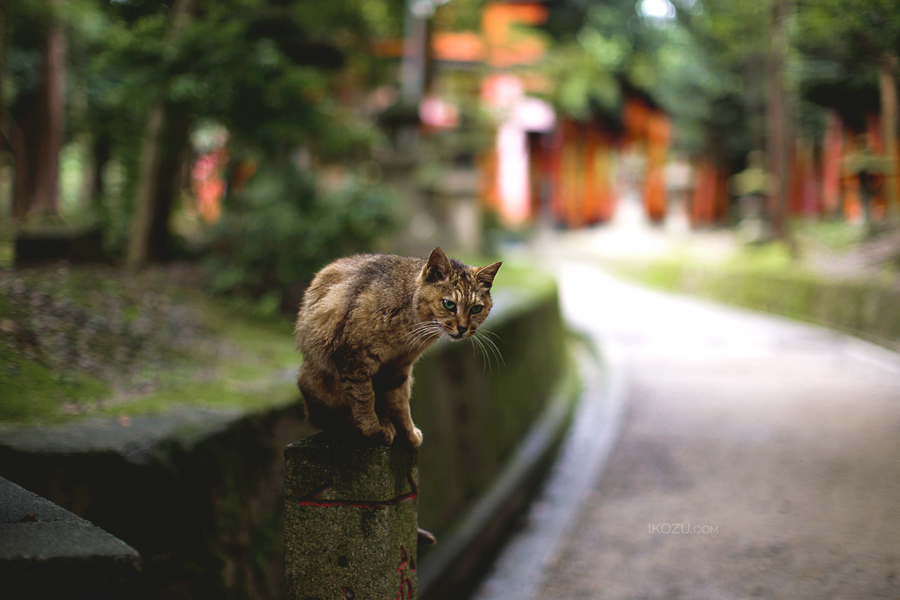 The messenger or avatar of the Fushimi deity is the fox (kitsune). They always appear in pairs: one fox has a sacred jewel representing the spirit of the gods in its mouth, the other has a cylindrical object which represents the key to the rice storehouse. 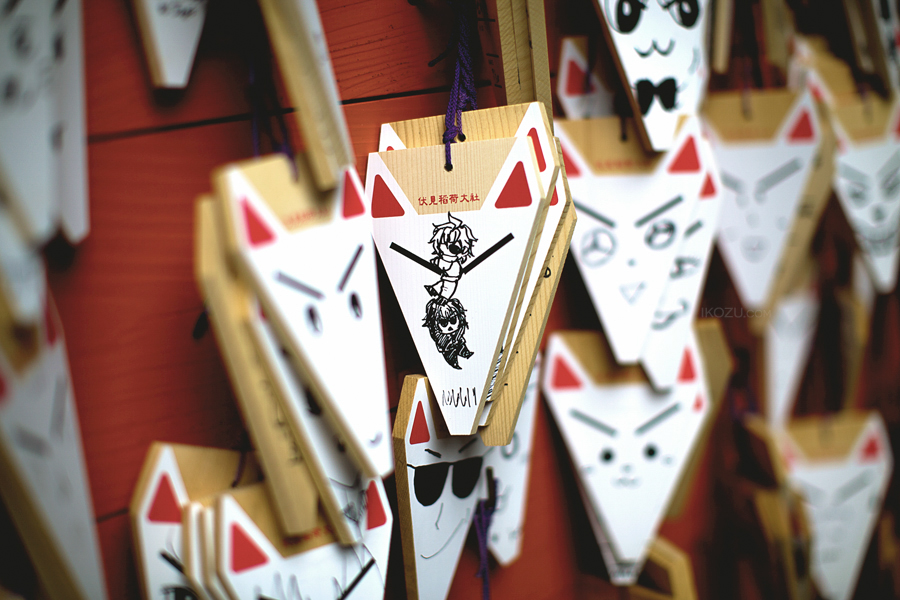 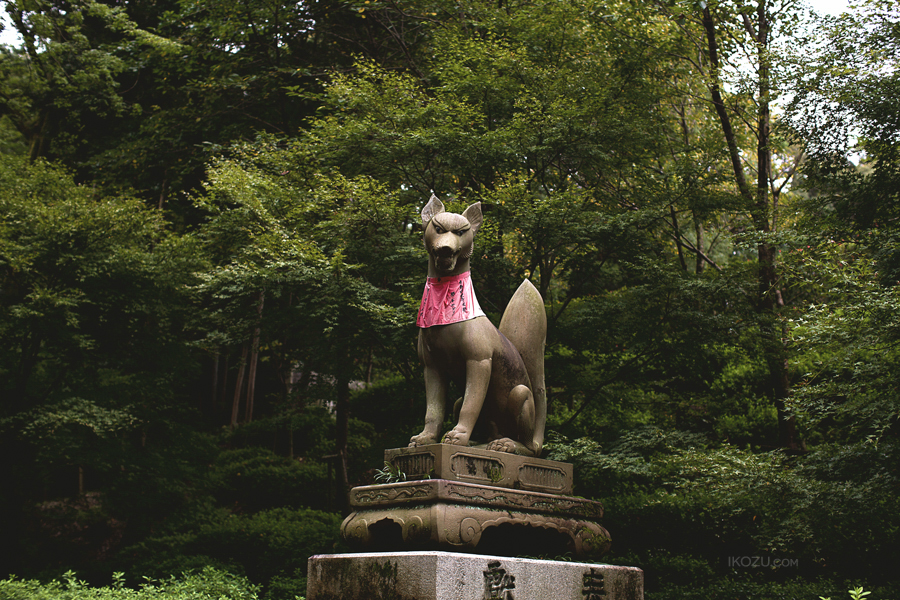 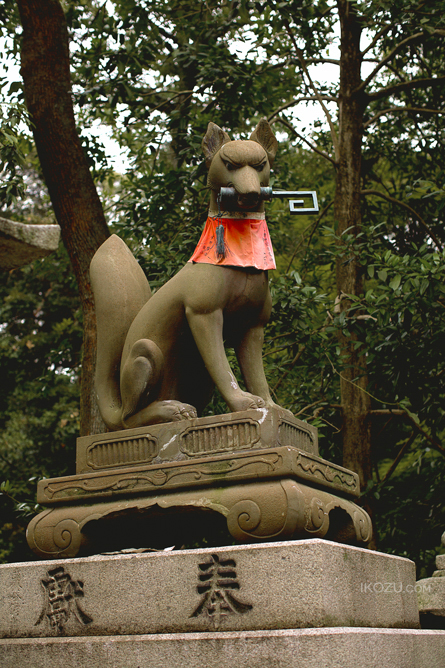 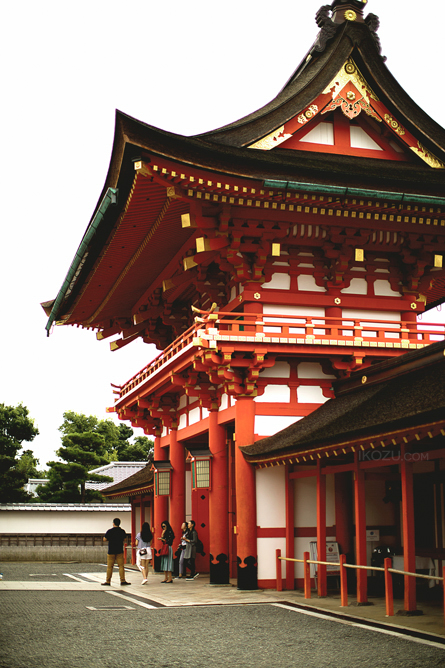 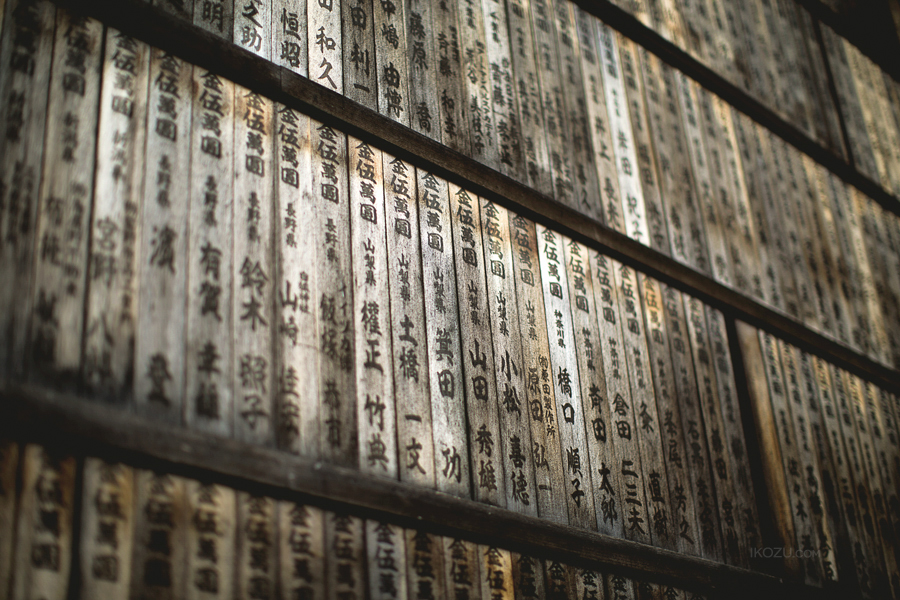 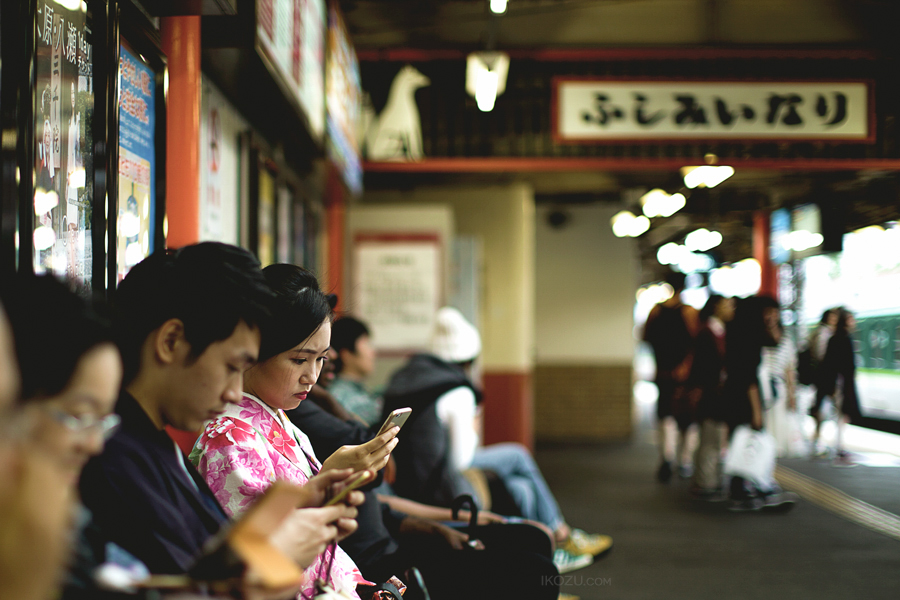 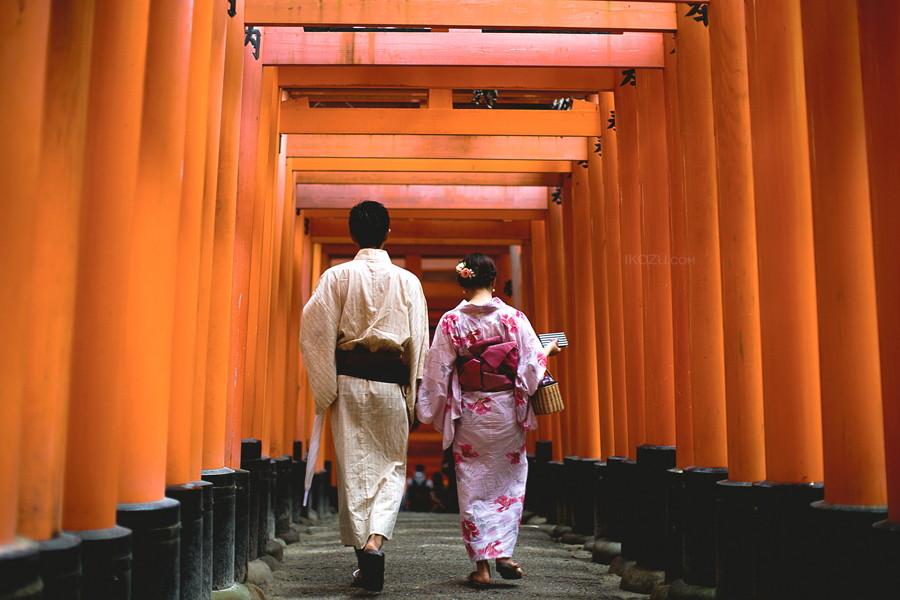 Every year on June 10, a rice-planting ceremony is held on the grounds of Fushimi Inari Grand Shrine. After the rice harvest, another festival is held here on November 8 to ensure that the planting cycle will continue to be blessed by the gods that protect this archipelago.
Long ago, rice was collected as taxes from peasants and used as payment to those that served the local lord. This made rice essentially Japan’s main currency. With the spectacular rise of the merchant class in the peaceful and prosperous Edo period (1600-1867) the idea of the “harvest” was extended to include the annual cycle of any business. Inari shrines became the most important place in Japan for shop owners and merchants and traders to offer prayers for success and increased prosperity.
(Ref:Wikipedia, kyotoguide )